I posted a video the morning of Aaron’s 1 year Transplant Anniversary, the title and the words of the song I used described our situation almost perfectly “I Will Try to Fix You”….. I have done everything within my power (and tried some things that were not in my power), I have done everything I can think of to try to fix Aaron, to try to get the help he so desperately wants and needs....to try to stop the aggressive progression of his Primary Progressive MS. Our fight is not only against a debilitating disease that has stolen Aaron’s life, his son’s life and my life. It has stolen our hopes and our dreams and all our plans for the future. But against a system that is not in favor of those that are suffering.

Our fight to get Aaron follow up chemotherapy to support the HSCT he had in Russia has been far too much stress for our young family. Dr Fedorenko has assessed Aaron’s condition and insisted that he have follow up chemo to give the HSCT a chance to work…..to give Aaron a chance to join the 80% of successfully transplanted patients…. But no, Bureaucracy, Ethical Committees and Legal concerns have become big brick walls standing in the way of Aaron making his own life choices. NO ONE in Australia, the supposed ‘Lucky Country’ will prescribe and administer the required Chemotherapy – a treatment that is given to hundreds of people in hundreds of hospitals across Australia daily. It is a medication that is on the PBS that HAS and CAN be prescribed for MS…… why won’t any Doctor give Aaron the choice to make his own decisions in regards to what treatments he is prepared to try????? Where do I go now, what do I do? My head spins just thinking about it and my heart aches that after everything I have already done I cannot find a way to help my husband :(

On the day I posted for Aaron’s ‘1 year Transplant Anniversary’ we ventured out for our 1st ‘relaxing’ trip to the shopping centre since returning home almost a year ago. Aaron has not been comfortable or able to travel, things have been challenging beyond what I can describe. But as hard as the morning preparations were and the short trip in our ridiculously small car was we were excited for a relatively carefree day out together…… We started with a haircut for Aaron, visited Lowes for some comfortable clothing for him being that he is in the wheelchair 100% of the time now, and we headed into K-mart. We browsed the isles, joked around, looked at a few handy things we needed. 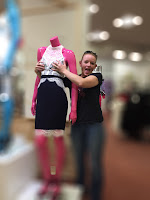 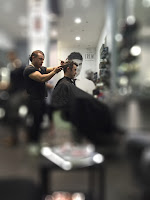 We were on our way out towards the registers when my phone rang. Aaron motioned that he was going ahead to look at something around the corner and I spoke to my Mum on the phone. It was a brief chat, I filled her in on what we were doing and mentioned we were about to go get lunch, only she didn’t hear that part, I then thought I said ‘Mum I don’t feel right’. Next thing I remember I was screaming out in pain, calling for Aaron and had no idea where I was or what had happened. Aaron filled in the gaps ….. he had continued around the corner and was looking at razors, he then heard a loud ‘thud’ and turned to see our trolley rolling towards him but no me…he turned the corner to see me lying on my back in a pool of blood. An RN had luckily been shopping at the same time and was not far behind me when I collapsed, she was right there with me as Aaron threw himself out of his wheelchair onto the ground to be with me. I was unconscious for a period; I had 2 convulsions and was bleeding from the head. The Paramedics cannot be faulted however the system let us down and we waited over 45 minutes for the Ambulance to arrive. All the while Aaron was watching me go in and out of consciousness and having fits. To say he was scared would be an understatement. I recall him calling out to me pleading me not to leave him …. I was just as scared as him!!

I presented to Hornsby Hospital Emergency, my head was stitched up (5 stitches and thankfully no shave) and I was put on monitors and had head scans, blood tests and was ‘watched’. Due to my young age and no pre-existing conditions or family history there were no initial concerns for heart condition or health and I was transferred to a ward on monitors.


I can’t remember how long I was on the ward but I do recall feeling very sleepy and then everything faded and then went completely black. My heart stopped again (they now believe this was possibly the 3rd stop, the first being when I collapsed in K-mart). I woke up surrounded by people once again dazed and confused and not knowing quite where I was or what had happened. I was immediately transferred to ICU with more monitors and telemetry pads there were wires everywhere and two big electrically connected pads front and back of my chest …. I remember sitting up at one point and within seconds I had the worst shock of my life, like a pro footballer had run at me from behind and tackled me against a brick wall, it really hurt and I am sure I jumped a few feet off the bed as the pads shocked me….. The pads going off meant my heart had stopped again. After it happened I do kinda recall the lovely Dr mentioning as he was fitting them that if they were needed and did go off it would most probably really hurt…… well hell yep it did! I was then rushed straight into ICU high care and had an external pacemaker fitted as well as a pic line and more telemetry and monitoring pads. I was placed on the surgery wait list for a Permanent Pacemaker and monitored in ICU. It wasn’t a pleasant few days and it is still all a bit blurry to me. My amazing Mum rushed straight to K-mart as soon as she re-established contact with Aaron and my Father drove the 750km’s from his home to be with us. The temporary pacemaker kicked in once during its short stay in my heart, doing its job and keeping me here – 5 heart stopping moments is more than enough I’d say!

Surgery was not pleasant – they attempt to do pacemaker insertions under local anesthesia and you must stay completely still for the entire procedure (while they poke wires thru veins into your heart). I was in pain and concussed (and I still am) from my initial collapse and splitting my head. The compacting stress of the 72 hrs just past on top of the already stressed and high demands on me as a carer and in our ‘MS’ life…. plus the worry, concern and anxiety I was experiencing not being there for Aaron and Jake meant they had to put me under a general.

I spent the next 24 hrs being closely monitored and was then transferred to the ‘Cardiac Ward’, which is located on a mixed ward in a 30+ year old run down building. It included patients with dementia and other chronic illnesses and I was in a room with 1 other elderly female and two elderly males. It was not pleasant nor relaxing, I got very little rest or sleep. I was in pain, emotional, upset and at 42 had just had a pacemaker fitted and was now facing a lifetime of worries and heart concerns.... I had constant lights & noises, wandering elderly male patients trying to get into bed with me or convince me to sneak out with them for a smoke as well as the dear in the bed next to me having panic attacks requiring ventilation every few hours…. Discharge home the following Friday could not have come sooner!


I am home now with my boys, no better place to be! I am still recovering from my concussion and the pacemaker surgery; I am tired, sore and emotional. I am on restrictions and medications and need to follow up with more tests with my Cardiologist. This past few weeks/months/years have taken their toll on me physically and mentally and has given me time to stop, reassess and accept the help we so desperately need. 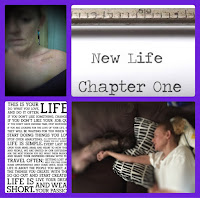 As I look back, the words of the music behind the first video I made as we were fundraising to get Aaron to Russia are even more prominent for myself as well as for Aaron 20 months later – “Amen I’m Alive”!!  https://videopress.com/v/wZ5htyk1 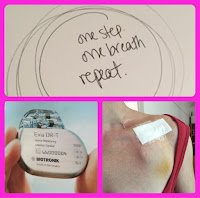 Our fight is far from over…. It is a daily fight for Aaron, his Primary Progressive MS is unforgiving but I cannot give up on him nor can I give up on his want, need & desire to try ANY and ALL ways he can to stop the progression of his horribly emancipating and disabling MS.

Takes more than my heart stopping 5 times to keep me down….. I just might need a little more help to keep up the fight this time round…….